Campus Strike Papers: The Aftermath of May 4 1970 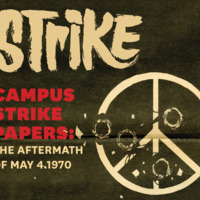 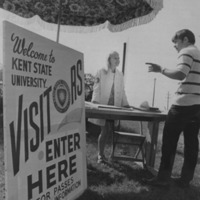 Immediately following the Kent State shootings, President Robert White ordered that the University close and an injunction was then granted to that effect. However, the faculty voted to complete their courses by any means necessary. This exhibit features legal documents, news clippings, letters, and oral histories surrounding the effort to keep Kent State open. 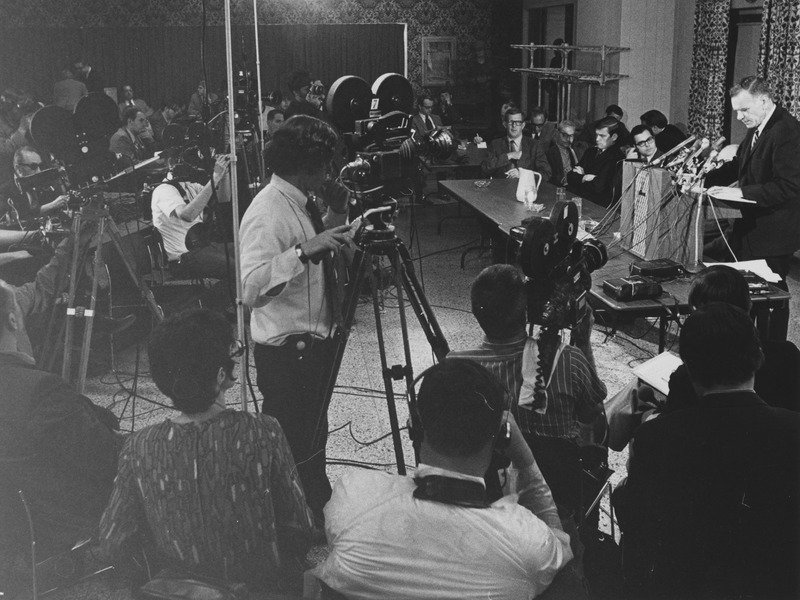 This exhibit features selected audio recordings from the May 4 Collection, which documents the 1970 Kent State shootings and their aftermath. The original reel-to-reel recordings were largely inaccessible due to their age and fragility.

Many of the recordings included here provide insight into Kent State University's student, faculty, and administrative responses to the shootings in the immediate days, weeks, and months following this event. Also included are radio call-in forums, commemorative events, and the Scranton Commission hearings. 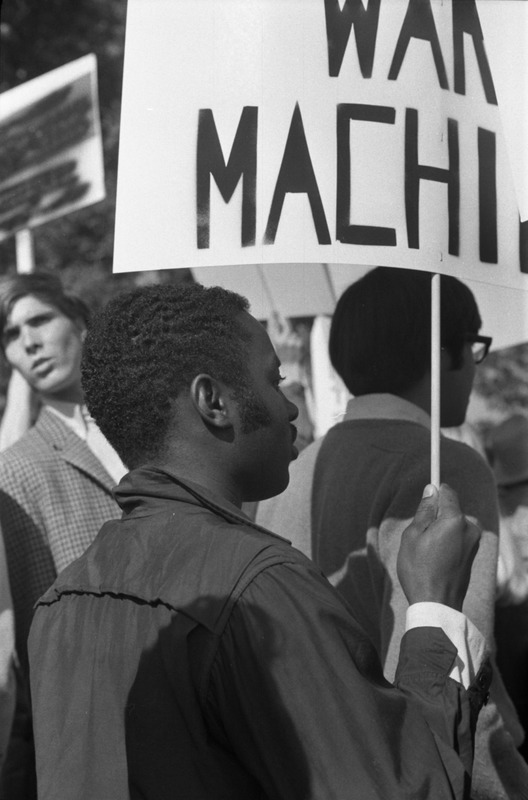 Lafayette Tolliver is a Kent State University alumnus who attended the university from 1967-71, graduating with a Bachelor of Science degree in photojournalism. He served as a photographer and columnist for the Chestnut Burr yearbook and the Daily Kent Stater campus newspaper. He was often called upon as an informal photographer for many activities sponsored by black student organizations, during his tenure at Kent State and served as one of the founding members of Black United Students (BUS). Due to his extensive campus involvement, Tolliver produced thousands of photographs, many of which were never published or otherwise made accessible to the public until now. Tolliver donated his collection of prints and negatives to Kent State University Special Collections and Archives in January 2014.

If you have any information to assist us in identifying people or events, please contact Special Collections and Archives, and include a link to the photograph. 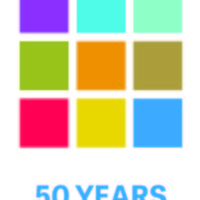 Selected books, manuscripts, and archival materials that illustrate major areas of strength in the collections

Click on the subject areas (see menu at left) to explore the exhibit!

This exhibit was launched in 2017 to celebrate 50 years of commitment to the Kent State community on the occasion of the department's anniversary. We are adding to this exhibit on a continuing basis to spotlight items from the collections and look forward to the next generation of students and researchers who will discover and use them in their work.

The Truth Demands Justice: A Snapshot History of the May 4th Task Force 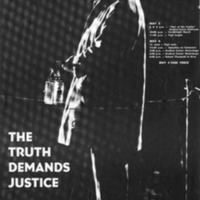 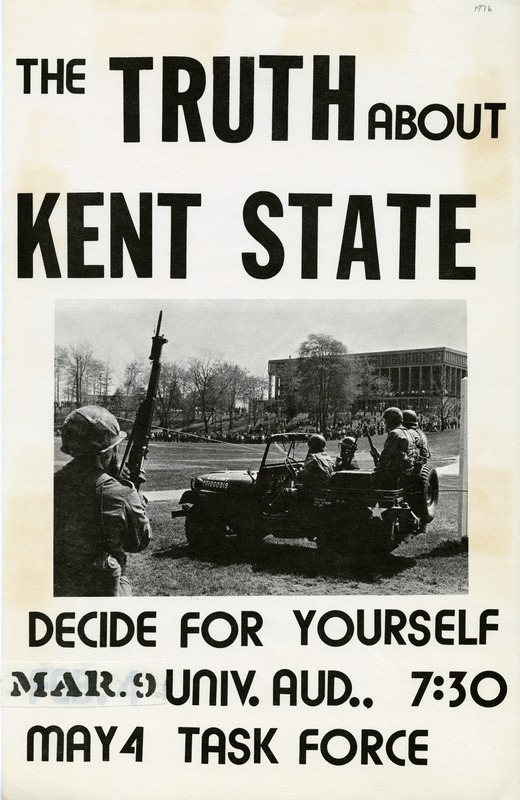 The student-run May 4th Task Force (M4TF, sometimes called the “May 4 Task Force”) was founded in October 1975, to raise awareness among students, faculty, administrators and the general public about the Kent State shootings of May 4, 1970. The group quickly became involved with planning the annual commemorations of the shootings and advocating for the need to remember and reflect on May 4 and related events, such as the shootings that occurred at Jackson State College (now University) on May 14-15, 1970. The May 4th Task Force has since sponsored, organized and produced events for the commemorations each year, as well as other programming throughout the school year. The Task Force has also played a vital role in connecting its work with the survivors of the shootings, including the families of those killed on May 4. Additionally, members were strong proponents of the construction of the May 4 Memorial and the May 4 Visitors Center. In the long wake of the shootings, which occurred during a protest against the Vietnam War and the invasion of Cambodia, the May 4th Task Force continues the legacy of student activism, peace and social justice at Kent State University today.

This exhibit highlights materials from Special Collections and Archives that document the work of the May 4th Task Force.

Follow the links below to view the digital exhibit.